In the scope of Culture and University Extension, CTR regularly promotes activities that provide the interchange between the university community and society, sharing the audiovisual production and research developed in the department, promoting the exhibition of the artistic production in shows, festivals and national and international audiovisual distribution circuits and bringing to its space, students, professionals and researchers with the objective of sharing our experience with USP and external community. With this purpose, seminars, congresses and lectures, exhibitions and audiovisual shows, free and extension courses, publication launches, as well as cultural events at the students initiative, are held at the Department and/or promoted by it. The Department also participates in events promoted by the University, such as USP and the professions, and in partnerships with other departments of the School and other units and organs of the University, such as CINUSP Paulo Emílio, with which the Department collaborates in bringing to USP part of the programming of important festivals such as São Paulo International Film Festival and Curta Kinoforum - São Paulo International Short Film Festival.

Participation of students from the Undergraduate Course in Audiovisual Production, and coordination of teachers from CTR (Cecília Mello and Eduardo dos Santos Mendes), of international audiovisual production, from the Looking China Youth Film Project, organized by the 'Academy for International Communication of Chinese Culture' (AICCC ), from Beijing Normal University and the Huilin Foundation, in partnership with Jinan University, from China.

CTR participates with its productions of films produced by students of the Undergraduate Course in Audiovisual Production, for course completion work and didactic exercises, as well as with the production of CTR professors, in various festivals and universities and film shows, national and international , university students and professionals, in which films produced by students of the Audiovisual Superior Course are shown to the general public for course completion work. In most of these festivals and organizations representing the audiovisual sector, these productions by CTR, by professors and students, have won awards in the most diverse categories.

Designed to bring out the perspective of black women on their lives and histories, the podcast focuses on the interviewees' personal experiences, about who they are, long before their careers and the status they achieved. In this way, the program intends to show how these women recognize themselves and decide their paths and struggles. “We, Black Women” is presented by audiovisual producer Ester Dias. The podcast is available on Spotify and major streaming platforms.

Sessions of short films by students who participated in the project “Looking China Youth Film Project”Looking China, organized by the 'Academy for International Communication of Chinese Culture' (AICCC), Beijing Normal University and the Huilin Foundation, in partnership with Jinan University, Chinaorganized by the International Academy of Communication for Chinese Culture (AICCC) of the Beijing Regular University and the Huilin Foundation. The sessions are free and held in the second semester, at the CTR itself.

Film sessions that show recent productions made at different stages of ECA's Audiovisual course. Free and open to the public, the sessions take place in the auditoriums of the CTR.

Film sessions organized by different CTR groups: the PRE PARA! collective, the CineClube of the Pequi Animation Study Group, the “Chá de Fita” collective – a group formed by students with the aim of reflecting on the political role of audiovisual. It also participates in film shows in partnership with other institutions, for example, the Novíssimo Cinema Brasileiro, São Paulo International Film Festival and Kinoforum Festival. 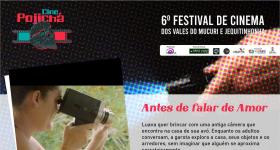 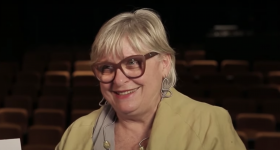 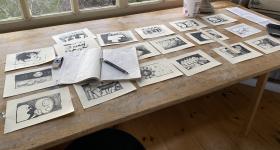